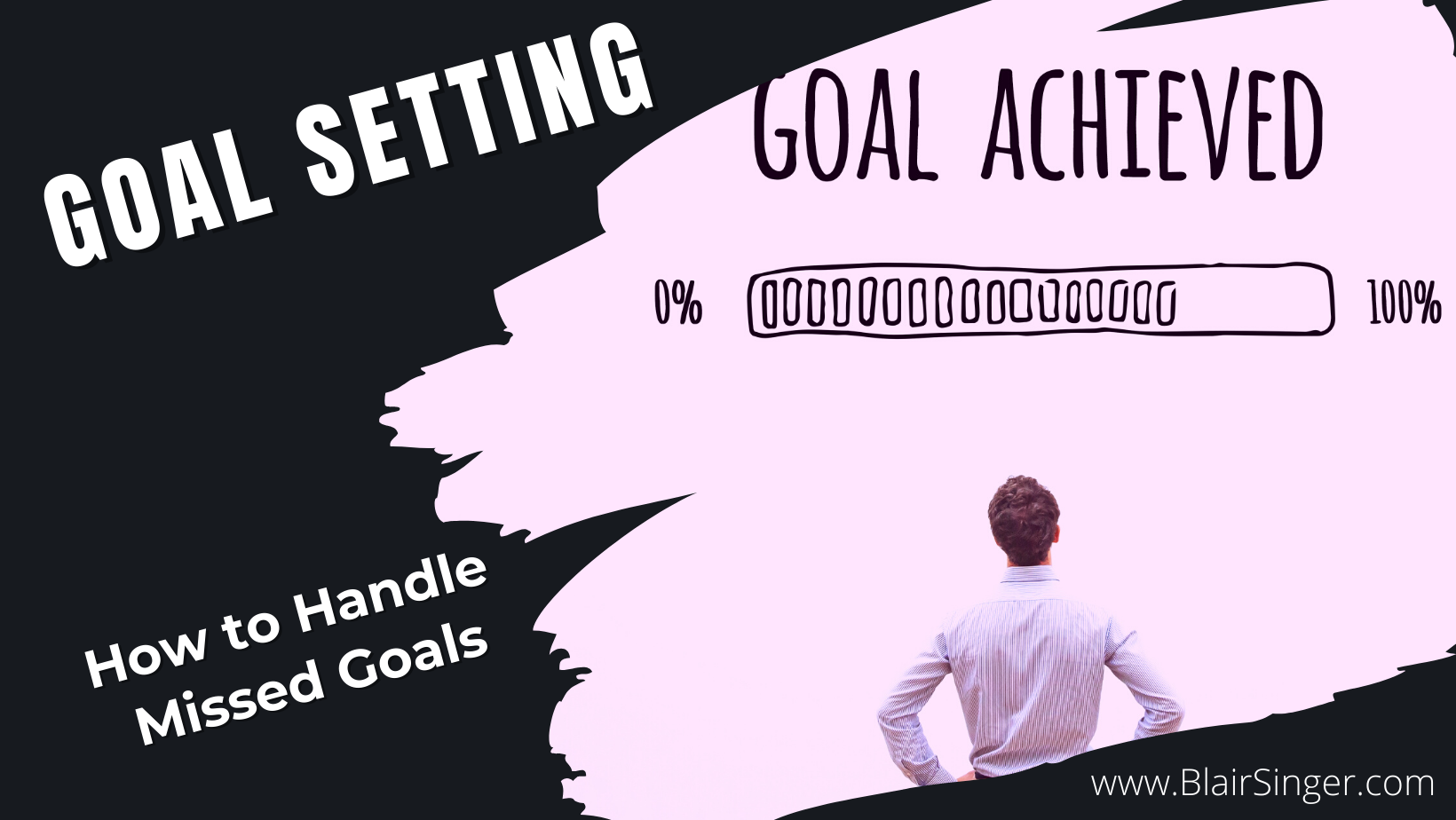 Have you ever set a goal?

I’m sure that in your life you’ve set goals, or you at least know other people that have set goals.

Have you achieved all the goals you set?

And the truth of it is you’re not going to accomplish every goal you set out in life. It’s just not humanly possible.  But what happens after you either achieve a goal or not, is critical to achieving the next goal you set.

But here’s the deal and the way you rehabilitate that disappointment. Consider this, the reason you didn’t get that goal is because somewhere along the way to making to the million dollars, you DID achieve something you wanted even more than the million dollars.

Maybe, when you established your business and people told you it was great and acknowledged what you were doing, you realize the business was working!  Yeah, it didn’t make the million, but on the way, the big win was that you built a business.  A solid business providing a product or service people love.

Do you know what’s going to happen?  It is going to be even harder. Why? Because you did not acknowledge the wins that you did accomplish along the way.

So anytime you set a goal for yourself, and you don’t meet the deadline or don’t make it happen, make a list of the things you did accomplish.  Say them out loud, do this with somebody else. And you will find, as you say them out loud, one or two of them will make you chuckle, make you smile. Maybe even bring tears to your eyes. That’s the goal your spirit really wanted. That’s probably why you didn’t get the other goals because you didn’t acknowledge the real one that was sitting deep inside.