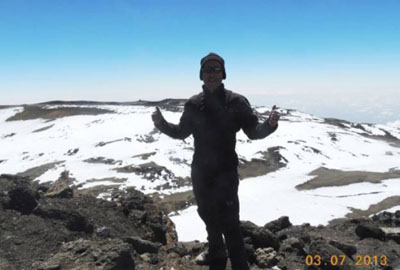 They say that Kilimanjaro will test a person in ways that you never expect. Some of the most fit and agile athletes succumb to the fatigue, muscle stress and rarified altitude conditions that lie ahead on such a climb. With her glistening glaciers sparkling in the distance, she both invites you and taunts you at the same time. Kili even touched Earnest Hemingway years ago when he referred to the Snows of Kilimanjaro as the House of God. 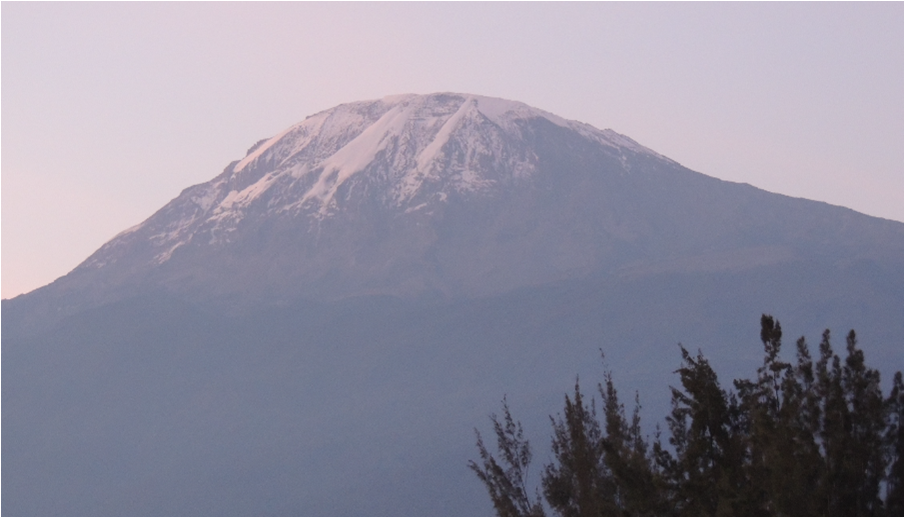 However, few people are ever able to actually touch those snows and claim a place at the top of Africa. As many of you know, last year, my son Ben and I attempted that climb as part of a community service project supporting amazing children and teachers in an orphanage and school in Moshi Tanzania. 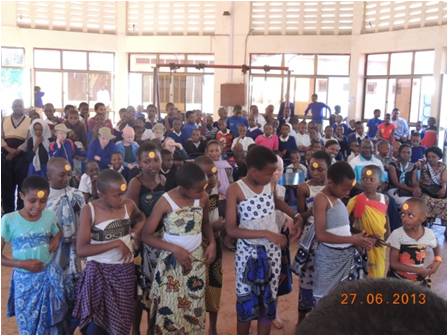 This life changing experience is the brain child and part of the mission of K2 Adventures Foundation who is committed to supporting children worldwide that are disabled, disenfranchised and in need of education and healthcare. (I will write again about the amazing lessons of leadership I learned from the K2 team!!)

Some of you also know what transpired on this attempt a year ago. While the days with the kids were life changing, little did I know that a few days later, Kili would test us in a way I never imagined. On the second day, we had to turn back because Ben got extremely ill. Unable to hold fluids and losing strength with every step, I had to make a decision whether to send him down the mountain for medical care or to go with him to support him. I will not go into that story again, but it suffices to say that moment at 10,000 feet changed my life. I realized that there was something bigger than a mountain called love. That the mountain would always be there but the relationship with Ben was so much bigger. So we never made it up the mountain.

Yet, months later in our living room watching a video of that same team summiting the mountain, Ben turned to me and said, We have to go back and finish! He said, Dad there is not a day that goes by that I do not think about not completing that climb. Now you have to get that my son has never really been the break all barriers, take on every challenge, never give up type of kid. Yet Kili had touched his heart in a way that dozens of coaches, teachers, friends, role models and even parents had not been able to do. He wanted to go back. 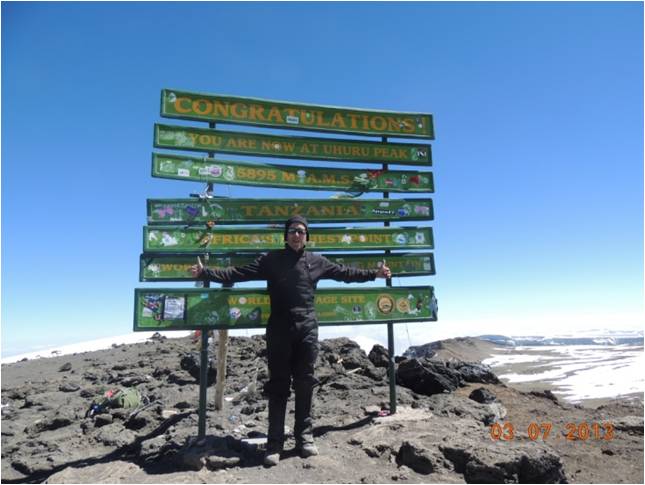 On July 3, 2013 at 11:10AM we fell into each others arms crying and celebrating as we reached Uhuru Peak at 5895 meters (19,340 ft) the highest point in Africa the largest free standing mountain in the world.

It is said that the only thing better than winning is winning at something that has previously knocked you back. So true. As we stood there in the brilliant sunlight, breathing deeply for those rare oxygen molecules, I handed him a key chain that I had been secretly carrying. It said: We start together, we finish together I will always have your back – Dad.

Yes Kili will test your endurance. She will test your strength. She will test your will and your Spirit. But as a famous song says; a heros strength is measured by their heart? she tests your heart. She grabbed the heart of a 17 year old kid and his father and tested it to the max and then taunted us, coaxed us, but touched us to complete our mission together. She taught me love in 2012 and then showed me the magic of a whole new level of love that comes with commitment.

You see one of the biggest things I learned this time was to BE PRESENT. The climb was clearly one step at a time, very slowly for 6 days. I learned how to get in touch with a very deep connection between my emotions, thoughts, Spirit and body. It was amazing. When I learned about how high altitude actually affects your body and the criticalness of CO2 and Oxygen exchange, every night in my tent I would say to myself…”My body is the perfect exchanger of CO2 and O2.” I made it a point that I would train my body to master this exchange all through the week with each step and each breath.

Guess what? By the time we got to the summit, while others were feeling weak and even sick… I was jumping around, having a blast and felt literally on top of the world.

Physically it was grueling. There were times that it was difficult to keep going, but by just focusing on one step at a time – it all worked.

At about 15,000 feet (4600 meters) I felt a shift. It was as if we had left humanity behind and had now moved into a new dimension. The rocky walls, Mars-like landscape, glaciers and snow felt like we had moved into God’s realm. The strange and powerful silence, whirling winds, brilliant stars, the flooring of clouds so far below us made you feel closer to heaven or eternity for some strange reason.

I learned that presence and focus were the rules of the day. There was no past, no future, no thoughts about business or anything… just the task at hand. I have never before really felt all outside anxiety just melt away like that, particularly for that long! Such peace amidst such hard work and so much fun.

I learned that your Spirit, your thoughts, your emotions and your body can become one seamless Spirit. That you are so much more than any one of those components. They say that Kilimanjaro will always test you and teach you something.

This time it taught me that my being-ness, when present and in the moment, is more powerful and magical than I ever imagined. That without distractions, I got stronger with altitude while others got weaker. That I became more Spiritual as others got fatigued and edgy. That I fell more in love with myself and others around me, more centered and more peaceful the more present and focused I became. It was about one breath and one step and then another breath and another step. In some strange way, it was heaven.

For Ben, he now walks with a different gait. He has an aura of peacefulness, confidence, power and warmth that is infectious to all around him. He is in such a great place.

A few days later, as our plane departed and we climbed above the cloud line, I saw Kili one more time glistening in the now fading sunlight. In a strange way I felt sad to leave. Like I was leaving a great teacher, great mentor, great companion, great lover behind. She gave me so much love, relationship, peace, Spirit, strength, closeness to God. Kili will always challenge you in ways you do not expect. I thank her for helping me be who I always hoped I could be.

The Mountain Leadership Experience trips transform ordinary people into a championship team. Get inspired, motivated, and be the best your team can be. Get more information by visiting the MLE website, and be ready to change your life!

I want to learn more about the Mountain Leadership Experience! 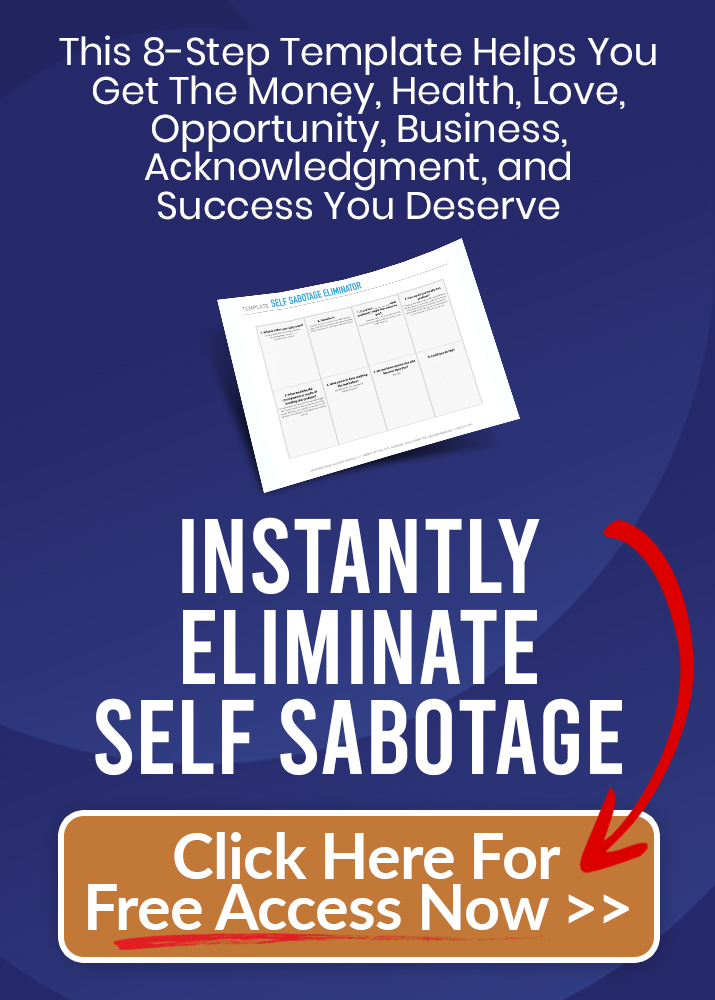 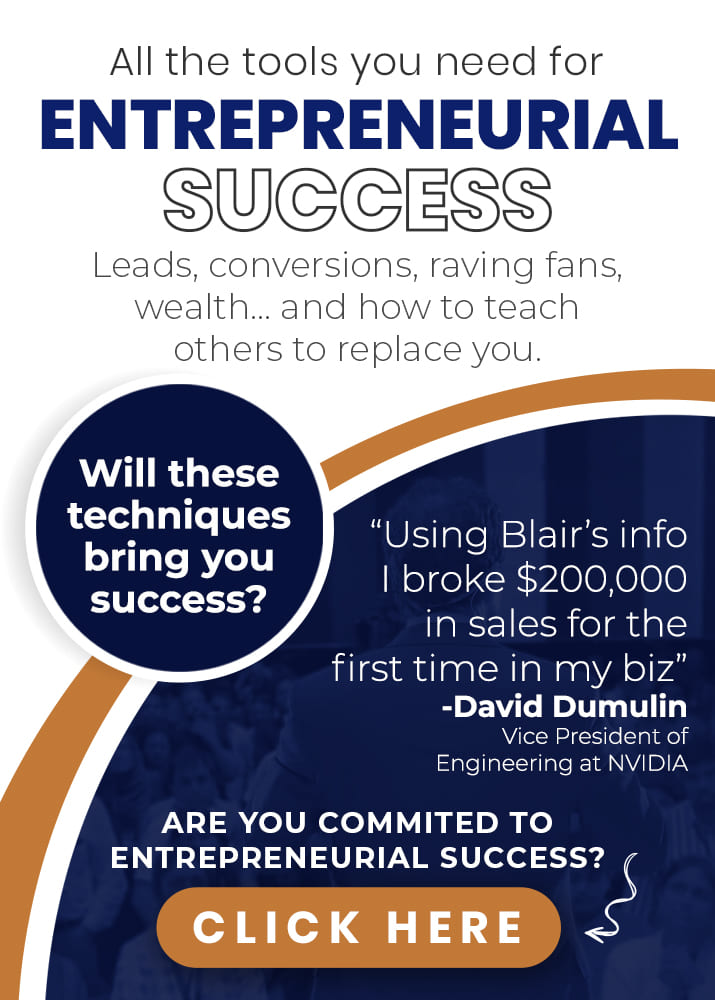